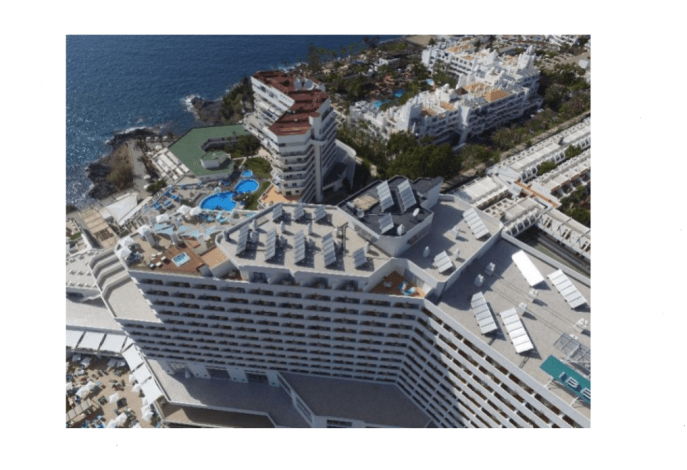 IEA SHC Task 60, Application of PVT Collectors, shows how a fruitful collaboration between industry and research can lead to a thorough analysis of current and future technological developments. Besides developing a series of standardised key performance indicators to assess the technical and environmental benefits of PVT, the group used suppliers’ sales data to identify new market opportunities while also highlighting different PVT best practice examples, such as the Tenerife-based hotel shown in the photo. Following the end of the three-year task, the PVT specialists have now published a Technology Position Paper that summarises the lessons learned from different projects (see downloadable PDF below).
Photo: Abora Solar
The Task 60 group observed that the number of PVT companies manufacturing high-quality components and systems is rising. In all, 31 producers from 12 countries provided sales figures during the task’s second survey conducted in spring 2020. At the end of 2019, the PVT collector area installed around the world amounted to 1,166,888 m2, which corresponds to 606 MWth or 208 MWel. More than half the capacity represented non-covered, water-filled collectors (55 %), followed by air collectors (43 %), while covered, water-driven systems played only a minor role (2 %). The survey results were published in a chapter in the 2020 edition of Solar Heat Worldwide. (link to https://www.solarthermalworld.org/news/global-perspective-solar-heating-...)
Based on total capacity in operation, the largest PVT markets were France, South Africa, China and Germany (see the chart below). 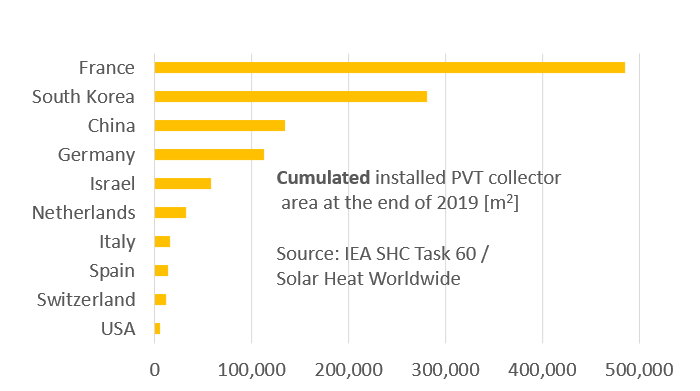 According to the Technology Position Paper, the PVT industry “is slowly growing” but faces “strong competition from PV”. In all, 31 manufacturers reported selling a total of 91,000 m2 of PVT collectors, about the same quantity as a year earlier.
The country with the biggest PVT collector gains were France, the Netherlands and Spain (see the following chart). The Task 60 experts additionally confirmed that the residential sector has been the main driver of the years-long boom in France’s PVT air collector market. At the same time, they noted a trend in France towards installing a combination of water-filled PVT systems and heat pumps at multi-family and commercial properties. 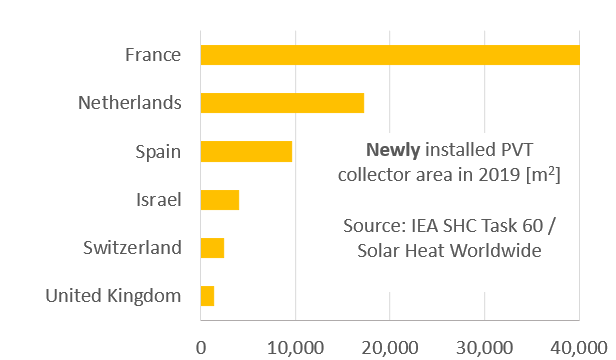