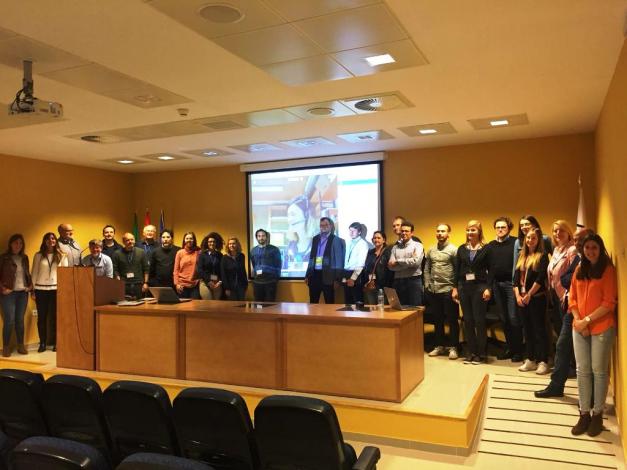 Small desalination systems could help fight water scarcity, recover precious metals from industrial water, and treat wastewater from food processing so it can be re-used for field irrigation. These are but a few areas under study in Task 62, Solar Energy in Industrial Water & Wastewater Management, set up by the IEA Solar Heating and Cooling Programme. As many as 33 stakeholders travelled to Spain in March to attend the most recent task meeting, where global experts in solar thermal and wastewater treatment met with technology suppliers to work on innovative ideas for ensuring the long-term, successful future of solar thermal systems in the wastewater treatment industry (see photo).
Photo: IEA SHC Task 62
Having industrial companies change to sustainable, energy-efficient production will be a major challenge in the coming years. “Our aim is to raise the profile of the water-energy nexus by highlighting its crucial role in future business strategies and help companies choose a more energy-efficient, low-carbon pathway,” said Christoph Brunner, head of Task 62 and a researcher at Austrian-based institute AEE INTEC. “Our number of participants from the industry is growing. What they expect to get out of the project are economically viable and technologically advanced solutions based on solar thermal or low-energy heat technology for wastewater treatment.” As part of the task, the researchers intend to devise new guidelines, gather best practice examples and create innovative solar thermal collector designs.
A solution for small-scale solar desalination

Solardew uses a non-porous membrane to evaporate and condense, and thus purify, the water in a single step. The multi-layer device makes it possible to recover internal energy and improve the input-output ratio of solar heat to cleaned water.
Illustration: Solardew
One example of desalination technology comes from Dutch-based Solardew. After more than five years of research and development, it succeeded in designing a small-scale prototype for producing drinking water by means of membrane distillation. A company representative who gave a presentation at the task meeting in March said the three-panel system – sized for the water demand of a household - could deliver between 8 litres and 12 litres of drinking water a day, at a total cost, i.e., CAPEX and OPEX, of around 0.02 EUR/litre. The unit was self-sufficient, since it ran on solar energy alone, and it required little maintenance. The company announced it would put up some pilot units this year, while the first batch of products would come to market in 2020. It believes that the solution could be successful in developing countries, where low-cost desalination is unavailable; in developed ones, where it could be used as an alternative to bottled water; in emergency relief, e.g., for use during natural disasters or at refugee camps; and in military facilities in conflict zones.
Heat-driven processes for metal recovery 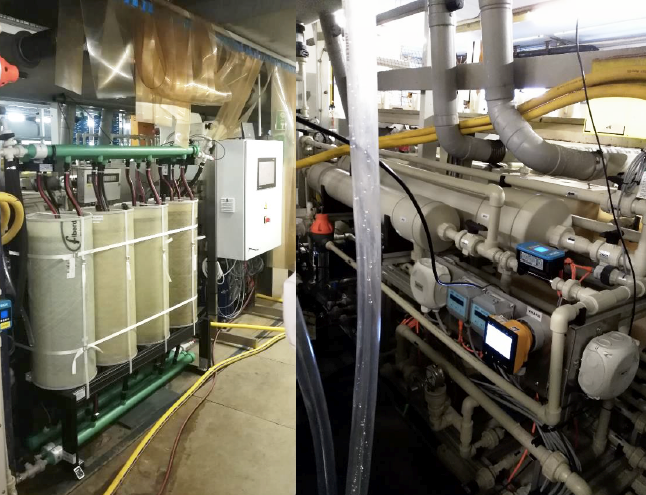 Demonstration system at a gold processing company in Austria.
Photo: AEE INTEC
Two different membrane technologies, namely diffusion dialysis and membrane distillation, will be used as part of the Horizon 2020 project ReWaCEM to develop recovery concepts for metal processing. The project involves four demonstration systems to reduce water and energy consumption and markedly increase the amount of metal recovered in the plating, galvanising and printed circuit board industries.
Three out of the four demonstrators are in operation or about to be commissioned. The fourth has recently been delivered to a location in Spain and will soon be connected on site. “All four units will be supplied with waste heat – or thermal energy from an electric heater, since installing a waste heat recovery system was too difficult at one of the sites,” said Joachim Koschikowski, who leads a Task 62 working group called Thermally driven water separation technologies and recovery of valuable resources and is a researcher with Fraunhofer ISE, Germany. “In general, the temperatures required for separation are about 80 °C, so heat could be supplied by solar, although this was not part of our project R&D.”
One of the pilot plants has been installed by AEE INTEC at a gold processing company in Austria, where printed circuit boards are made for the auto, medical and aviation industries. Thanks to membrane distillation technology (see the illustration below), separating the rinse water is expected to lead to a concentration of 5.5 g/litre with respect to gold and 1.7 g/litre in the case of cobalt. This type of improvement is made in order to reduce total gold use and close the water cycle. A feasibility study on a gold bath at AT&S showed that the process could save almost EUR 150,000 and about 1,450 m³ of wastewater a year. 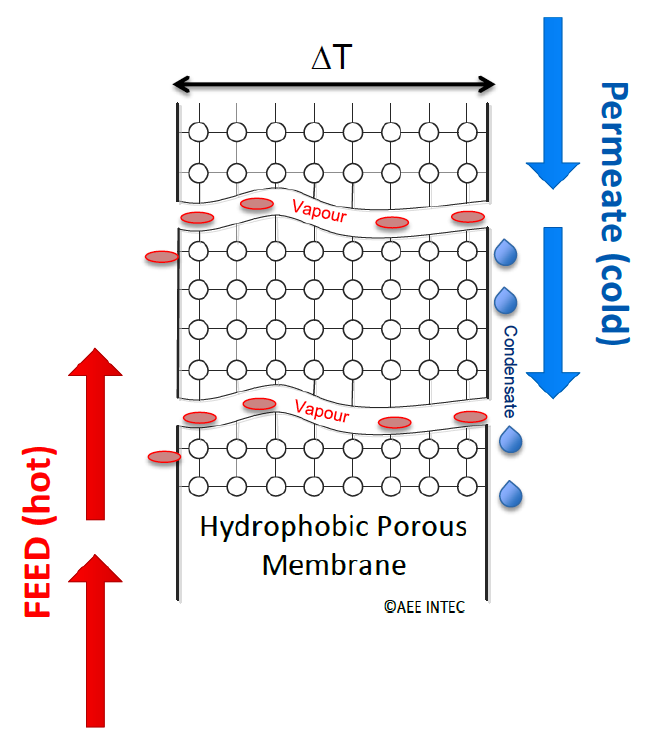