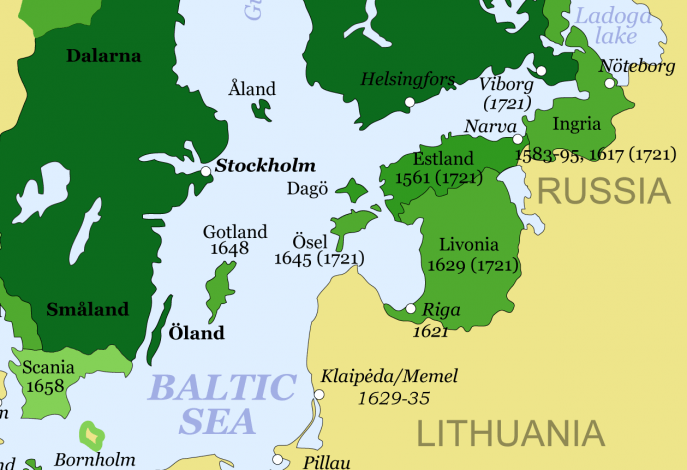 The first half of 2019 will mark the launch of a milestone project on solar district heating in Eastern Europe. The public utility which serves the Latvian town of Salaspils, near Riga, plans to install 21,672 m2 of collector area (15 MWth) to provide heat for its modernised, efficient district heating network. The solar field would be connected to an 8,000 m3 water storage tank, from which thermal energy would be injected into the network. The project, which would also include a wood-chip boiler with 3 MWth of capacity, had been planned jointly by Arcon-Sunmark, a Danish supplier of solar thermal devices, and Filter, a heating and cooling company based in Latvia.
Map: Wikipedia Commons

“We have been working on this project since we attended a district heating conference in Denmark in 2014. The objective is to reduce our CO2 footprint and become more independent of fossil fuels,” Ina Berzina-Veita, who is a Member of the Board of municipal utility Salaspils Siltums, was quoted as saying in a press release which Arcon-Sunmark sent out in the middle of October.

Salaspils Siltums provides 85 % of the town of about 17,000 population with district heat. A 7 MWth wood-chip boiler is currently the main source of 60,000 MWh of thermal energy a year. The plans for the 15 MWth solar system state that it is expected to contribute 12,000 MWh or 20 % of the total at some point between July and September next year. Reportedly, the utility will receive funding from the European Union for buying the system.

The solar field has been designed in a way that sunlight alone will be enough to meet demand for hot water in summer at average irradiation levels. This will avoid operation of the current and future wood-chip boilers at a low load.

“Salaspils Siltums has been a reliable partner during this milestone project on solar district heating in Eastern Europe,” said Ole Dalby, CEO of Arcon-Sunmark. Over the last years, the utility has optimised its district heating network. It replaced underground pipes with pre-insulated ones and revamped the central boiler. The current supply and return temperatures of 65 °C and 45 °C, respectively, will make for a highly efficient flat plate collector array, the operation of which will be very effective.

With the help of the municipality, the collector site located in a woodland area was secured about two years ago, after which Salaspils Siltums prepared it for the project. Dalby said that the cost of the field in Latvia would be “more or less in line with that of similar projects in Denmark”.

It is said that Arcon-Sunmark will deliver 1,729 large-scale flat plate collector panels of 12.5 m2 each, produced in its Danish factory in Skorping. They will have a foil between the glass cover and absorber to reduce convection losses. The Danish business will likewise deliver the steel mounting system, the piping for the solar field, the glycol and the control unit.

Filter is the main contractor for the turnkey installation which will be then operated by Salaspils Silturns. Filter will design the storage tank and wood-chip boiler and integrate the new with the old heat supply structure. Construction will begin in early 2019 and commissioning is planned for the third quarter of the same year.

Agris Šipkovs, Director of Filter, said: “The project in Salaspils is very inspirational and is a model for others to follow.” Filter was founded in 1994 and initially had one office each in Latvia and Lithuania. In 2004, it established a subsidiary in Belarus and another in 2008 in Bulgaria. At present, it has 14 offices in 6 countries and 230 staff in total.