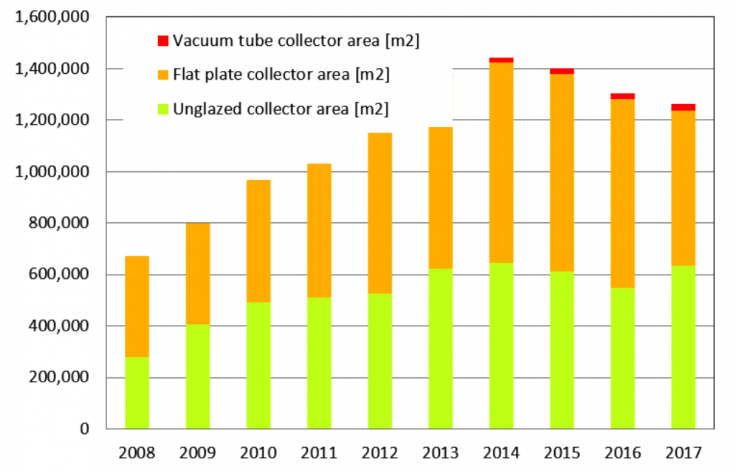 Brazil has just been through a tough election process: The new government is quickly shifting focus, abandoning nearly 16 years of social policy in favour of economic development. Now, the main objective is to improve the economy, which has been in crisis mode since 2014. As a consequence, environmental concerns are being given low priority for the time being, and Brazil’s national solar thermal association, ABRASOL, is saying that it expects another decline in the market for 2018.
Source: ABRASOL
Luiz Antônio Pinto, Managing Director of the solar thermal manufacturer Solis and President of ABRASOL, said the main reason for growth in the solar heat sector between 2009 and 2014 had been public housing programme Minha Casa Minha Vida (My Home, My Life). Launched in March 2009, it was intended to lead to the construction of several million new homes, mostly for low-income households. In the south, southeast or mid-west of Brazil, solar water heaters were mandatory in houses owned by families who earned triple the minimum wage or less. Prior to the current government taking office, the implementation of the housing scheme slowed down because of a lack of public funding and should be restarted in 2019.
Some regional governments are also thinking about using photovoltaic generators instead of solar water heaters in social housing. In Pinto’s eyes, this sort of idea creates multiple issues: “Solar thermal is the most cost-effective way to heat water. The use of photovoltaic power is a good thing, but it doesn’t mean solar thermal needs to be pushed aside. If we must choose between the two, we would keep solar thermal, as it is well established in Brazil.” Therefore, one of ABRASOL’s aims is to re-establish relations with key ministries to promote awareness of the technology. 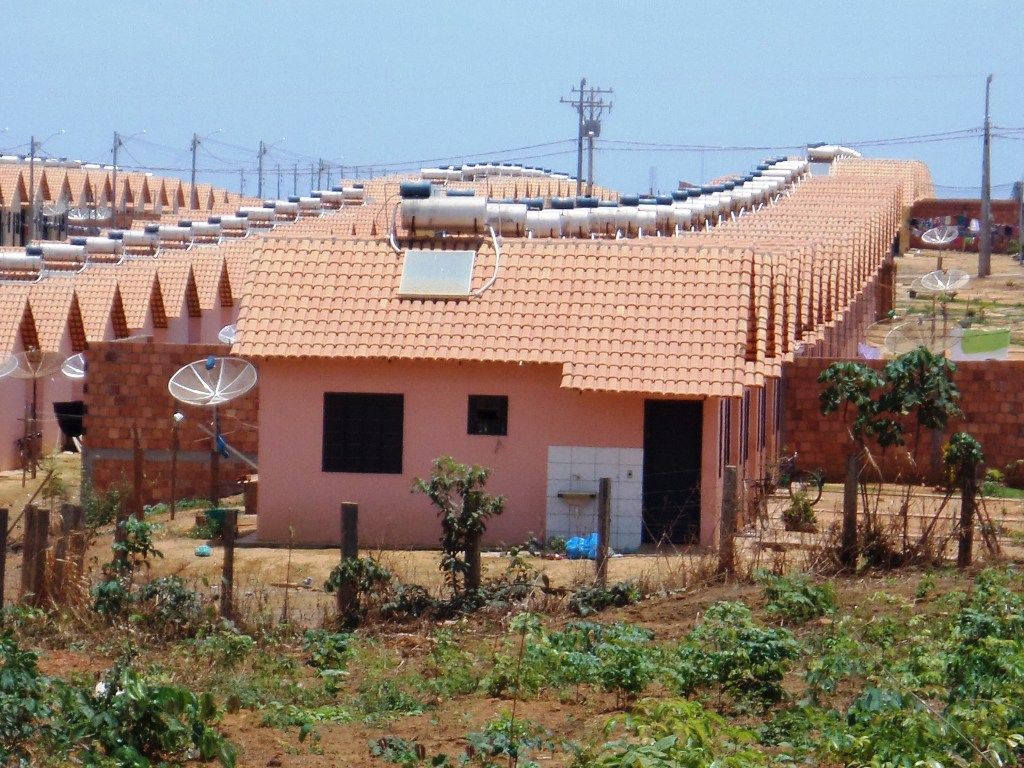 In all, 700 solar water heaters were part of a social housing project implemented in 2012.
Photo: Tuma
Pinto emphasised that Brazil’s entire solar thermal industry was based in the country, which guaranteed local employment: “The industry has created thousands of jobs that we’d like to keep, and there are more we would like to add.” By contrast, many PV businesses operating in Brazil were headquartered in China. Pinto believes that it will need government incentives to see more domestic PV suppliers being founded.
Still, the outlook for the solar energy market, thermal and photovoltaic, seems good enough. Amaurício Gomes Lúcio, Managing Director of collector and tank manufacturer Tuma, noted that Brazil’s economy was growing, a plus for solar thermal. However, “the new government has yet to encourage the use of even one type of solar technology,” he said.
A survey carried out by ABRASOL among multiple solar thermal businesses seems to indicate that the market declined in 2018 compared to 2017. In addition, most respondents expected little, if any, improvement this year. Carlos Artur Alencar, Managing Director of collector and tank manufacturer Enalter, thinks it is too soon to say what could happen in the near future. “If the ministries stated their intentions more clearly, we could better understand the situation we’re in,” he said.
This article was written by Leticia Sother, a Belo Horizonte-based freelance journalist who holds a bachelor’s degree in architecture.
Organisations mentioned in this article:
https://www.abrasol.org.br/
https://www.tuma.ind.br/
http://enalter.com.br/
News
Finance and Incentives
Brazil
market development
Minha Casa Minha Vida
Solar Payback
ABRASOL
Tuma
Enalter