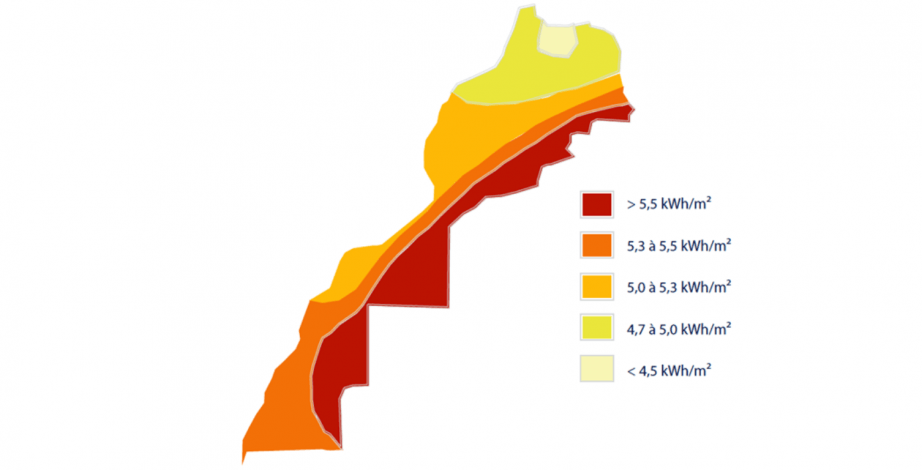 The COP 22 conference held in November 2016 in Marrakesh showed why Morocco is considered the leader in renewable energies in the region. At the conference, its energy ministry announced that the country would work towards adding 3,000,000 m² of solar collector area (2,100 MWth) by 2030. That aim goes well beyond the expectations for solar electricity, as the National Energy Strategy 2030 calls for installing only 400 MWp of PV and 740 MW of CSP during the same period (see the attached PDF). Since the event, however, the government seems to have put little effort into monitoring the collector area added each year to determine whether it is still on track to meet its solar heat objective.
Map: National Energy Strategy 2030
In a global survey carried out at the end of 2018, multiple suppliers of SWH confirmed that quality is a top priority for consumers in Morocco. In July, solarthermalworld.org asked two of the companies to give a more detailed account of what it is like to do business in the sun-rich North African country.
“Morocco is one of our key markets,” said Evangelos Samouil, Business Development Manager at Greek-based SWH manufacturer Sigma Energy. “Unlike in some neighbouring countries, buyers choose tried-and-trusted products that meet European standards over cheaper alternatives,” he confirmed. Sigma Energy sells direct thermosiphon systems with flat plate collectors to public and residential customers. 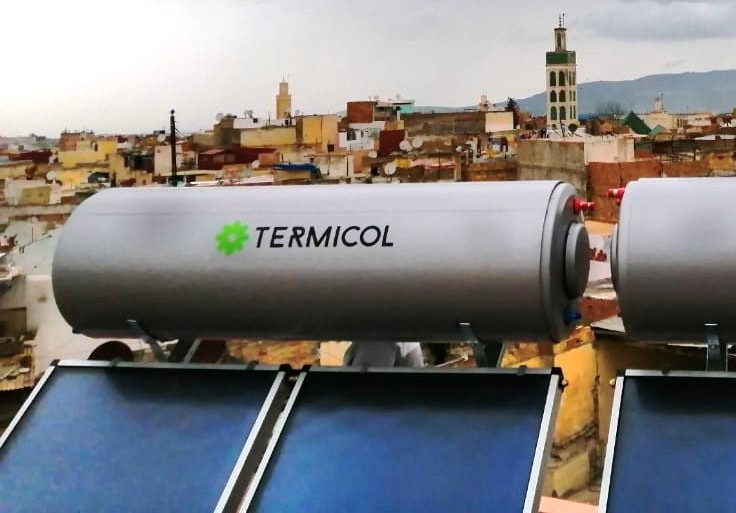 One of the 250 thermosiphon SWH systems Termicol has installed on buildings of the Civil Protection Department in Morocco
Photo: Termicol
By contrast, Spanish-based Termicol offers indirect thermosiphon systems, which are also equipped with flat plate collectors, and sells them mainly to residential customers, although it has seen its sales grow in the hotel and public sectors as of late. Its CFO, Ángel Martínez, said that quality expectations varied with the type of customer. “National support schemes such as Promasol, which was discontinued in 2011, all ended a long time ago. Today, only the energy ministry is asking for Solar Keymark certificates; other customers are not aware of this quality label,” he said.
The question remains how a country will measure progress towards its ambitious solar targets for 2030 if it has so far provided little, if any, data about the solar collector area added each year since the end of Promasol. The most recent figure provided by the government refers to 2014, when the total area came to 451,000 m² (316 MWth).
This article was written by Lotus Shaheen, a German-based clean energy researcher with expertise in solar thermal quality certification and MENA markets.
Organisations mentioned in this article:
Sigma Energy: https://www.sigma-sa.com/en/
Termicol: https://termicol.es/