Morocco aims high when it comes to employing solar technology: According to the Moroccan Plan for Solar Energy launched in November 2009, the total installed collector area is said to raise from 280,000 m² in 2010 to 1.7 million m² in 2020. Because the long-term support programme PROMASOL ran out at the end of 2009, a set of new measures are now being discussed and implemented. Solarthermalworld.org spoke with Said Mouline, Director of the National Agency for the Development of Renewable Energies and Energy Efficiency (ADEREE), about the progress of and support mechanisms for the solar thermal market in Morocco.
Photo: ADEREE 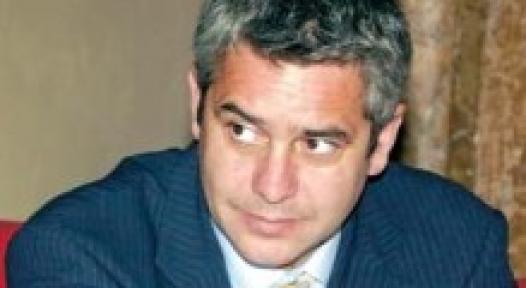 Solarthermalworld.org: How would you evaluate the importance of renewable energies in Morocco?

Said Mouline: Morocco has an exceptionally heavy dependence on fossil fuel imports. We import 95% of our consumption, which forces us to promote efficient energy use and expand renewable energies. A national strategy foresees increasing the share of installed renewable electricity to 42% by 2020.

With a huge solar potential of 3,000 hours/year and 5.5 kWh/m2/day, Morocco has an undeniable advantage to develop and exploit these solar resources - by improving the national policy of diversification of energy sources, so as to decrease the oil import dependency.

Solarthermalworld.org: How has the Moroccan solar thermal market developed during the last ten years and what is the current situation?

Said Mouline: The market of solar thermal energy has grown from 5,000 m2/year in early 2001 to 40,000 m2/year in 2010. 90% are solar water heaters (SWH) for individual use, and 10% are being used collectively. This was due to the national programme PROMASOL launched in 2001, which aimed at promoting the use of solar thermal systems in Morocco by implementing appropriate financial mechanisms and a quality approach - especially for the development of a local market for solar water heating systems. The programme, which lasted for a period of 8 years, was piloted by ADEREE - former CDER - with the support of its partners. Its goal was to implement 100,000 m2 of SWHs – a quarter of the national solar thermal potential of 400,000 m2.

The main measures introduced by the programme consisted of consumer credits, the development of “hot water services”, supporting operator involvement, and a quality approach concerning the certification of SWHs, solar thermal training sessions, capacity building, etc. The programme ended in 2009 with a positive balance. Continuous support has maintained the rapid growth of the SWH market, which reached a total installed collector area of 280,000 m2 by 2010, and the expansion of companies dealing with solar water energy.

Solarthermalworld.org: Are there any building obligations for the installation of solar water heaters?

Said Mouline: Last year, Morocco has launched a national programme called "Energy Efficiency Codes in Residential Buildings and Energy Efficiency Improvement in Commercial and Hospital Buildings in Morocco", which is run by ADEREE and institutional partners. The objective of the project is to introduce mandatory minimum energy efficiency performance requirements through a building code. This is expected to help the country bring its own laws and regulations in line. Solar water heaters have not yet been made mandatory in these new building regulations. Nevertheless, the project includes the development of guidelines for technicians and professionals in hospitals, hotels, services, and housing companies for the integration of solar water heater systems. 8 hospitals, plus 32 health centres and hotels were chosen to demonstrate its benefits.

The national market offers a huge, but insufficiently exploited potential. The target of the national programmes is to achieve 440,000 m2 by 2012. Specific objectives have been set up for this purpose, such as the creation and development of incentive measures, the promotion of high quality SWH equipment, capacity building for technicians and the private sector, and marketing campaigns.

Solarthermalworld.org: Could you describe the incentive measures planned for solar thermal?

Said Mouline: The relatively low diffusion of solar water heaters in Morocco shows that the market still needs an adequate financial and incentive policy for the promotion of solar water heaters. However, subsidy schemes are relatively expensive for the Moroccan public. Nevertheless, some financial measures have already been set up, such as the reduction of the VAT from 20 % to 14 % and the mobilisation of local bank financing for larger solar thermal systems.

And, a guarantee fund has been in place since 2006, helping investors in larger solar thermal systems to acquire a loan from the bank and access quality services. The fund guarantees 70 % of the investment, offers free technical assistance and engineering, and a bonus of 1.5 % compared to the common loan interest rates. Other incentives for residential owners are being discussed right now.

Solarthermalworld.org: How great is the awareness of solar thermal among the Moroccan public and politicians?

Said Mouline: Due to the PROMASOL programme and the continuous activities of ADEREE, many awareness-raising activities can currently be found in the press, on the radio and television. Seminars for special target groups, such as architects, engineering consulting firms, hotel owners, and manufacturers, are organised as well. In addition, a large national campaign was launched in order to promote environmental practices, in which renewable energy systems take a great part. This led to a heightened awareness among the public and politicians, and in fact, contributes to market growth.