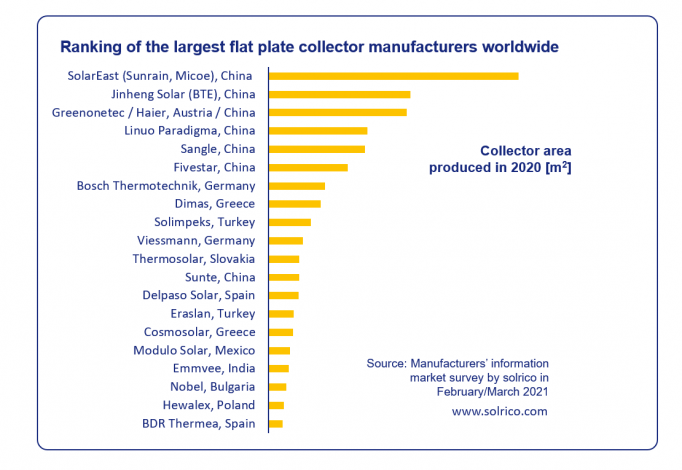 Last year’s outbreak of Covid-19 around the globe reduced sales of most of the largest flat plate collector manufacturers not based in China. Only a small number of non-Chinese businesses saw an increase in sales, the result of a new support policy in Germany. Chinese flat plate collector manufacturers, by contrast, were virtually unaffected by the pandemic, again dominating German consulting firm solrico’s annual supplier rankings. The consultancy’s most recent list was compiled using survey data on the collector area produced and sold nationally and internationally in 2020.
Source: solrico / data supplied by manufacturers in February/March 2021
The six spots at the top of the rankings are all held by Chinese manufacturers, namely SunEast Group, which owns the Sunrain and Micoe brands; Jinheng Solar, including its export brand BTE Solar; Haier, Greenonetec’s majority owner until December 2020; Linuo Paradigma; Fivestar and Sangle. Leaving aside Austrian Greenonetec, which did not generate any sales in China, these six flat plate collector manufacturers saw a combined increase in sales by 12 % in 2020. In all, their business grew at a faster rate than the country’s flat plate collector market, which was up by 6 % in 2020. The consolidation in the Chinese flat plate collector industry was accompanied by many requests for the installation of solar water heating equipment at big construction sites and for a growing number of solar space heating projects.
Outside China, the largest flat plate collector manufacturers’ sales volume fell by 9 % in 2020, offset slightly by strong growth in Germany: “Incentives in Germany helped compensate for the loss of business in other countries as Covid-19 lockdowns and electrification policies were taking effect,” a German manufacturer said in its survey response. 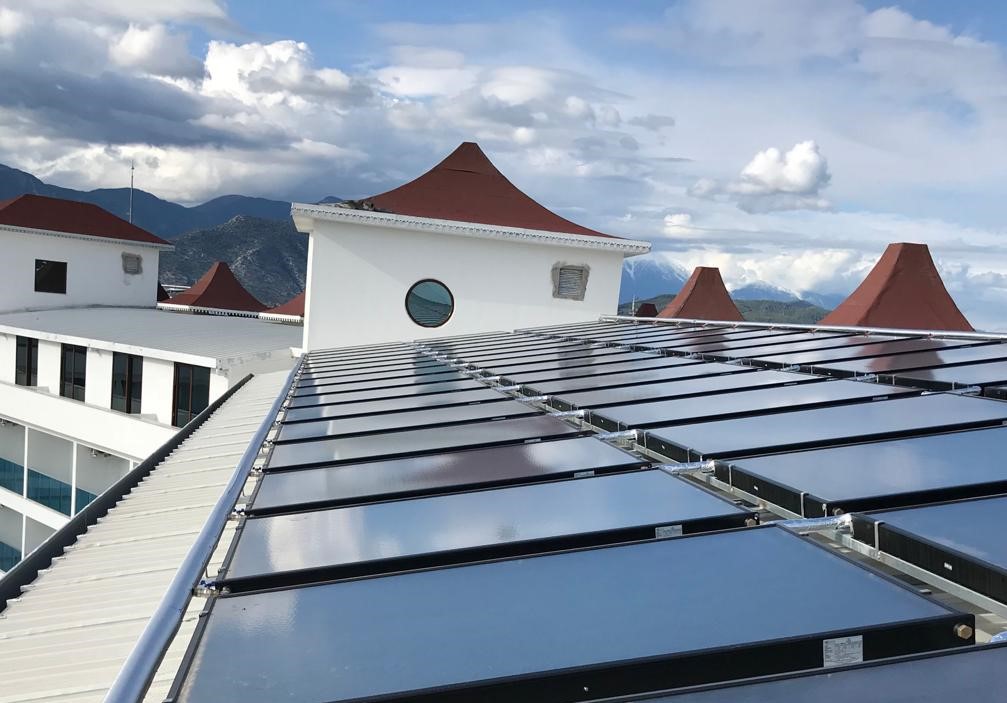 This photo shows a new social housing project for which 907 collectors were put up on the roof of multi-family buildings constructed by Turkey’s housing agency TOKI in Serik near Antalya, southern Turkey, in 2020. Photo: Solimpeks
Results from Turkey’s solar thermal market were mixed. Even though residential system sales increased as residents began moving from urban areas and blocks of flats to villages and individual homes, the commercial solar thermal market targeting hotels, shopping centres and hospitals showed a decline in demand in 2020, noted Ahmet Acar, Energy Analyst at SHURA, Istanbul’s Energy Transition Center. Moreover, the two Turkish manufacturers shown in the chart reported opposite trends, with Solimpeks’ sales increasing and Eraslan’s dropping during the same period.
At -44%, the Polish market experienced last year’s strongest decline in a solar thermal market, according to figures provided by SPIUG, the Association of Manufacturers and Importers of Heating Appliances. According to Hewalex’ survey response, the reasons for the decline – besides the pandemic – included “a lack of homeowner incentives, reduced subsidies for municipality projects and increasing competition from PV.”
No figures on x-axis
The chart posted above does not show figures along the horizontal axis, because some companies did not wish to publicly share their total production output. However, every business participating in the survey in 2019 did so this year as well. The only exception: Danish Arcon-Sunmark, which essentially went out of business last spring and whose disappearance means that Spanish BDR Thermea has climbed back into the top 20. Chromagen based in Israel and Solahart based in Australia, once regular participants, did not provide any figures in recent years and therefore no longer show up in the list. You can see the previous two rankings for 2019 and 2018 by clicking the hyperlinks in this paragraph. 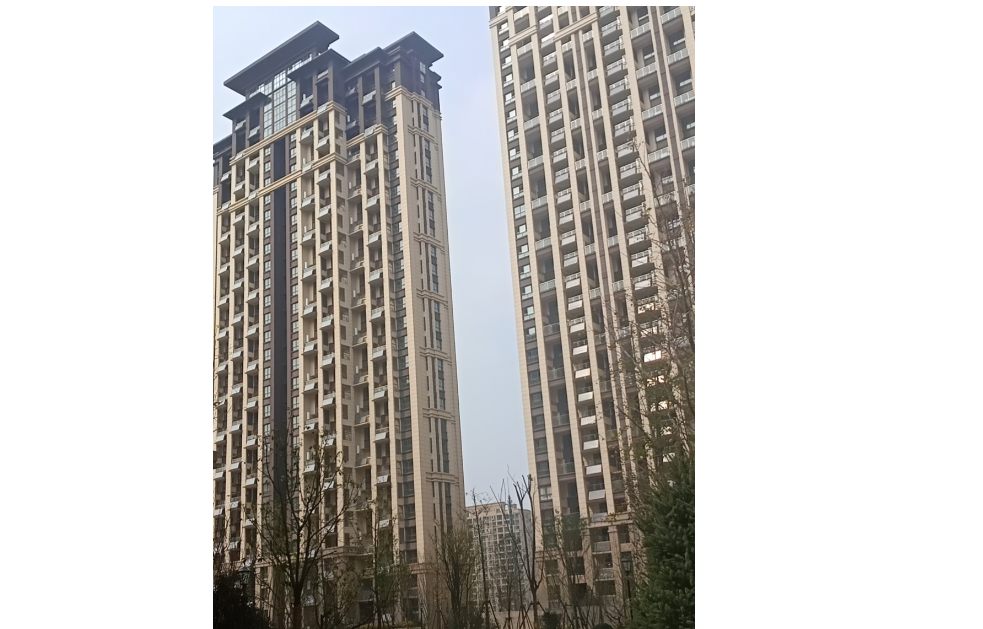