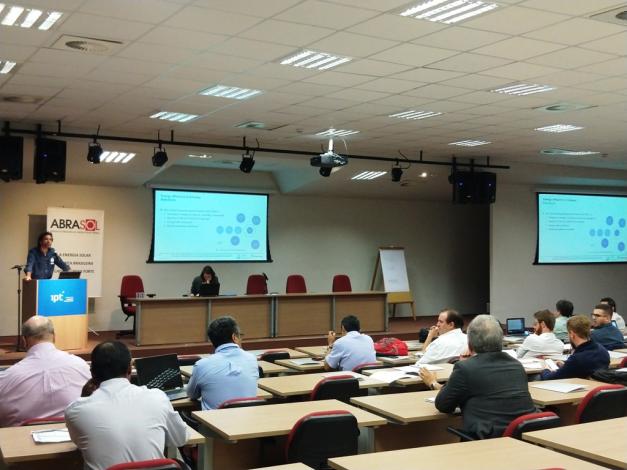 The SHIP training course that took place in São Paulo from November 12 to 14 was well-received by those attending it. Almost 40 engineers, planners and industry representatives participated in the three-day event held by Pedro Horta and Fanny Hübner, of ISE - Fraunhofer Institute for Solar Energy Systems based in Germany. Eduardo Kami, who works at Petrobras, one of the largest oil and gas suppliers in Brazil, praised the “excellent initiative and organisation and highly qualified trainers.” The course also presented an opportunity to launch a newly published Industrial Solar Heat Strategy for Brazil (see the attached flyer).
Photo: Natália Chaves
“The workshop has expanded the horizons of solar heat application,” Fagner Fortini, who works at Rinnai Brasil Tecnologia de Aquecimento, said at the end of the course. Carlos Alencar, who sits on ABRASOL’s board of directors, appreciated the fact that representatives of industry associations of the state of São Paulo attended the workshop and demonstrated their interest in thoroughly discussing the strategic importance of energy efficiency and SHIP for the region’s manufacturing businesses.
The course was jointly organised by local Solar Payback partners, the German Chamber of Industry and Commerce in Brazil, and national solar thermal industry association ABRASOL. Fraunhofer ISE’s SHIP training materials can be downloaded in the form of 12 PDFs written in English. 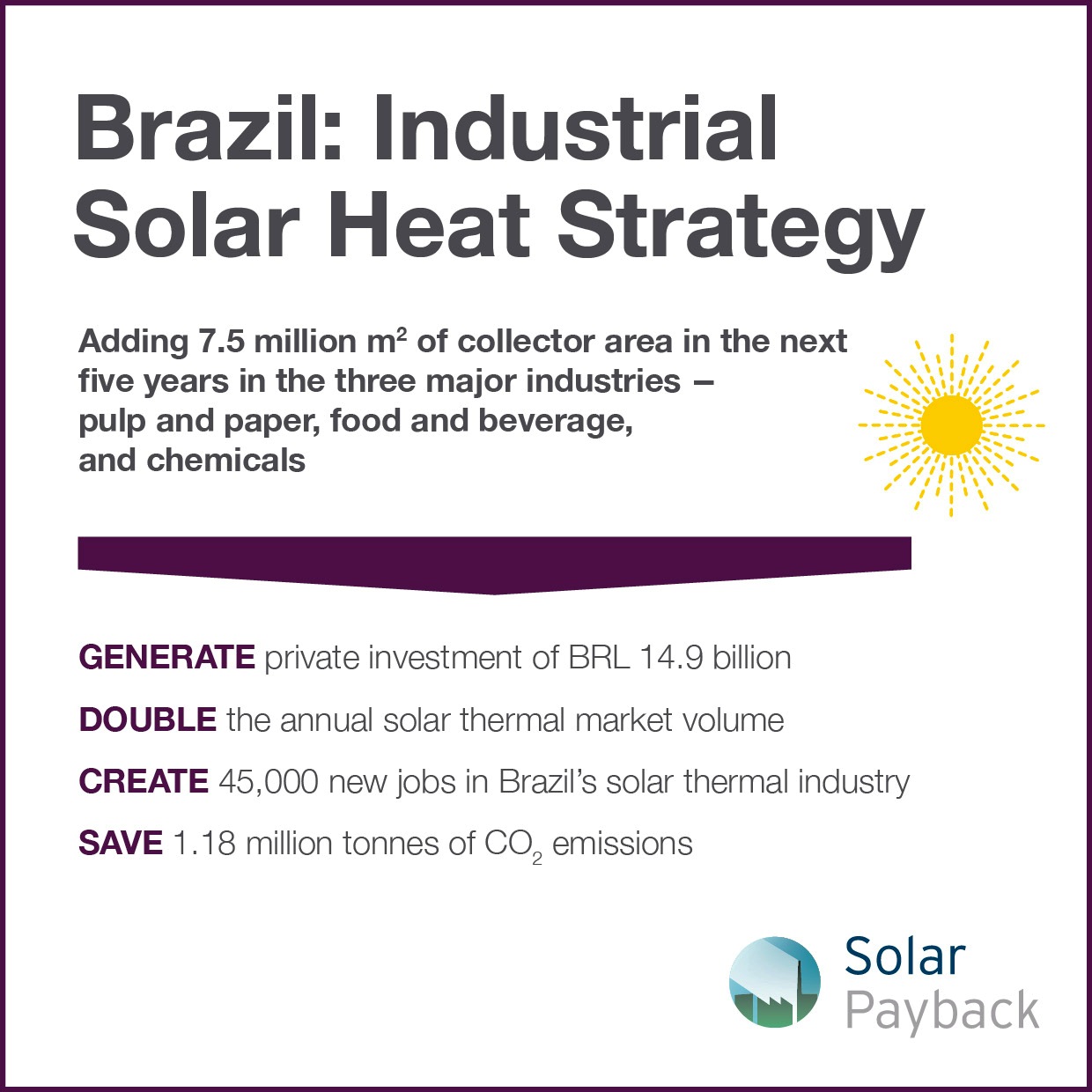 To encourage discussions among politicians and investors about Brazil’s SHIP market, which is still rather small, Solar Payback has published an Industrial Solar Heat Strategy for Brazil (see flyer attached). The 8-page flyer illustrates how 7.5 million m² of collector area could be added in the next five years across three major industry sectors, namely food and beverages, chemicals, and pulp and paper. The strategy is based on calculations that were used for assessing the economic feasibility of more than 50 case studies. They included averaged real-world data on irradiation, fuel prices, solar equipment costs, loan interest rates, among other factors.
SHIP has already become cost-competitive in LPG-fired factories but needs support in other areas. The associated data has been summarised in the following chart, in which the target of 7.5 million m² has been broken down by application to illustrate which measures need to be implemented in each of the three sectors.

The profitability of using solar heat in manufacturing businesses depends heavily on what fuel has so far supplied thermal energy at which temperatures. Hence, the measures that need to be taken to implement the Industrial Solar Heat Strategy depend also on the type of fuel and the temperature range.
Chart: Solar Payback
More information:
www.solar-payback.com