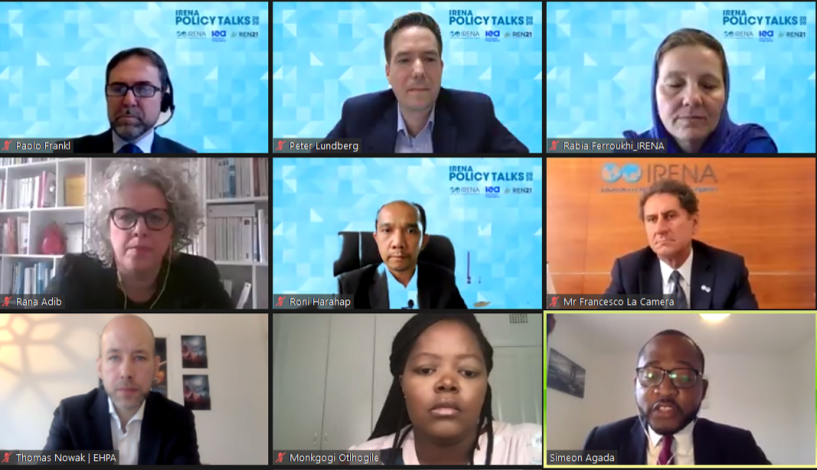 “If we intend to take the Paris Agreement seriously, we will have to accelerate the deployment of renewable technologies in heating and cooling.” This statement by REN21 Executive Director Rana Adib during a webinar in late November explains why the organisation has just published another report titled Renewable Energy Policies in the Time of Transition, now with a focus on heating and cooling (HC). The 150-page document may not be short, but it is nevertheless a worthwhile read (see pdf for download below). It contains not only the accumulated expertise of REN21’s vast partner network but also that of two other major (clean) energy organisations, the International Renewable Energy Agency (IRENA) and the International Energy Agency (IEA). Their first joint policy assessment was published in 2018.
Image: Screenshot of November webinar
The report describes five transformation pathways – renewables-based electrification, renewable gases, sustainable biomass, and the direct use of solar thermal and geothermal heat – and identifies policy instruments that could overcome their barriers and increase their uptake. Each pathway has its own chapter in the report and together, they form the biggest section of the document. There is also an entire chapter that is dedicated to district heating and cooling and goes beyond the pathways, which shows how important the topic has become.
Chapter 6, which focuses on the direct use of solar-generated heat, identifies several key barriers to deployment, including high initial costs, issues caused by a less developed supply chain, and a lack of promotion and public acceptance. Policy remedies recommended by the report’s authors consist of incentive schemes, renewables obligations for solar heat, action plans and public campaigns (see the following chart). 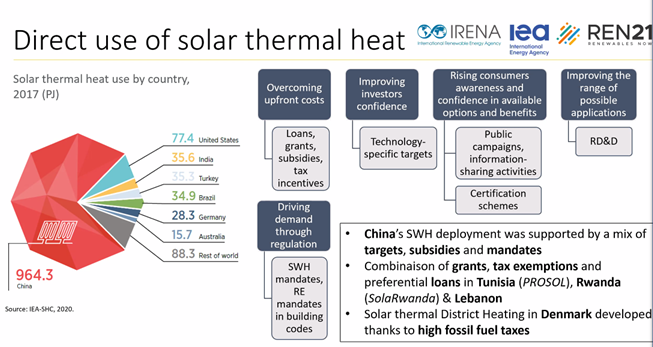 Slide summing up the Direct Use of Solar Thermal Heat chapter (shown at November webinar)
The authors opted to focus on the underlying technology in the main part of the report, although they point out that “there is no simple, single solution for decarbonising a country’s heating and cooling supply; instead, a combination of options will have to be deployed.” Policymakers will now have to choose among several policy instruments. Which of them are suitable for a given site will depend on local climate conditions, on whether the required infrastructure (e.g., district heating networks or gas grids) already exists, and whether resources (such as biomass or geothermal heat) are available locally. While that choice will not be an easy one, the report provides decision-makers with helpful hints in the form of tables that list suitable policies at the end of each chapter and text boxes describing examples of policies implemented in all corners of the globe. 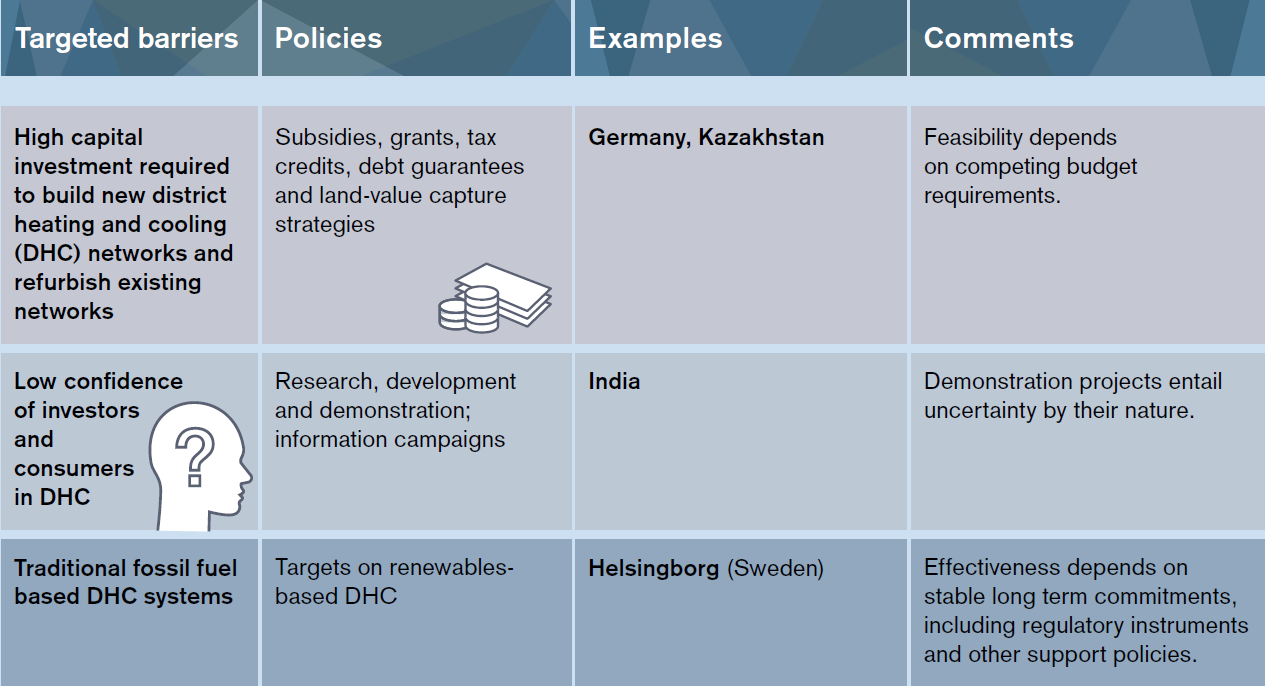 One section of the policy table included at the end of the district heating and cooling chapter
Source: Renewable Energy Policies in a Time of Transition, p. 129
One application area that seems largely absent from the document is the industrial sector. Although the sector accounts for half of the world’s heating and cooling demand and is in the very early stages of being transformed, the report cites relatively few examples and policies tailored to industrial end users.
Solar heating and cooling highlight
SHC advocates will certainly want to take a closer look at page 102, which contains an illustration of the impact of the residential SWH market on jobs, something that local stakeholders could highlight in conversations with national policymakers (see the infographic below). 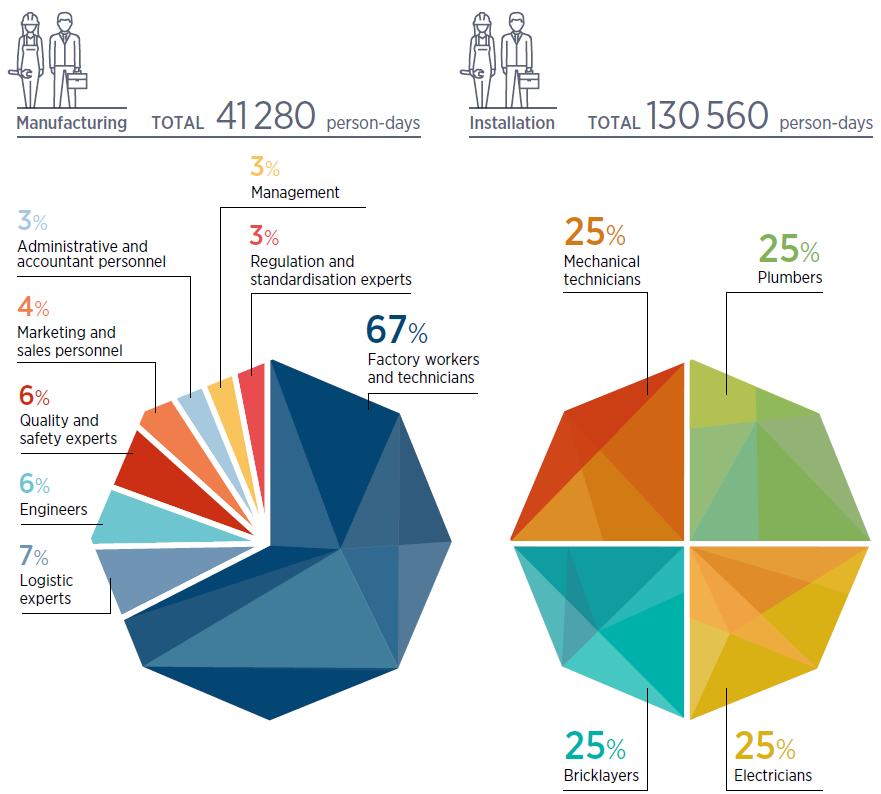 Human resources required for the manufacturing and installation of SWHs for 10,000 single-family households, by occupation Source: IRENA / Renewable Energy Policies in a Time of Transition, p. 102
Organisations mentioned in this article:
https://www.irena.org/
https://www.iea.org/
https://www.ren21.net/