Skip to main content
Sign up for newsletter
Follow us
Advanced search
The members of the European Solar Thermal Technology Panel (ESTTP) elected a new chairman at their most recent steering committee meeting, held in mid-September at the same time as the Eurosun 2018 conference. His name: Marco Calderoni, Senior Project Manager at the Italian innovation consulting company R2M Solution. Solarthermalworld.org spoke with him about the role of ESTTP and the trends in the market.
Photo: Marco Calderoni 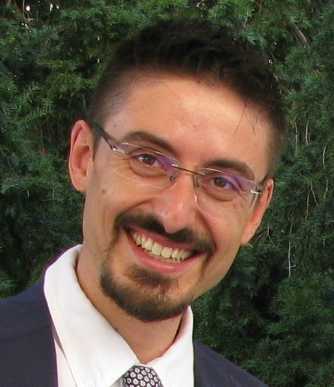 solarthermalworld.org: You are the new chairman of ESTTP but are not new to the industry.
Calderoni: True. I’ve always worked on solar thermal on both technological and policy issues with a focus on large plants and special applications, such as solar cooling and solar district heating. I worked at Ambiente Italia and later at Politecnico di Milano before joining R2M.
I am looking forward to heading the ESTTP with the support of two vice chairmen: Werner Weiss from AEE INTEC, Austria, and Guglielmo Cioni from TVP Solar, Switzerland.
solarthermalworld.org: What will change with you at the helm?
Calderoni: Since 2008, ESTTP has been one of five panels that make up the European Technology and Innovation Platform on Renewable Heating & Cooling (RHC-ETIP). The basic idea is that organisations from each subsector involving renewable heat join forces to pinpoint the research and development issues that the European Commission may need advice on, particularly regarding funding opportunities. The steering committee has 18 members, while 900 researchers and other experts participate in RHC-ETIP.
Considering all of this, the members of the RHC platform decided in early 2018 to organise tasks based on a more transversal structure and established five working groups that share findings with each other:
All these groups will tackle the ambitious issue of how to move towards 100 % RHC supply, but they will do so at different levels and for a variety of end users.
solarthermalworld.org: Is there a big difference to the prior approach taken by the European Solar Thermal Technology Platform, when a research agenda was drawn up exclusively for solar thermal?
Calderoni: The aim is to bring about a much greater degree of integration and achieve synergies from the combination of different renewable technologies. Of course, the new working groups need to be in line with the three pillars that are found in the Solar Thermal Roadmap created in 2014 (see the attached document):
solarthermalworld.org: Will more lobbying efforts be required to get research funding?
Calderoni: Well, it is quite clear that renewable heat needs more attention in funding programmes, where electricity always has the lion’s share. Very often, EU funding programmes do not foresee any specific calls on renewable heat, even though my opinion is that such specific calls are desirable but not a must, as long as the topic of RHC is given the right attention in terms of funding, considering its huge share of almost 50 % on the total energy consumed in Europe.
solarthermalworld.org: Have the officials at the European Commission’s DG Research & Innovation shown a willingness to consider more RHC funding?
Calderoni: Usually, the members of the European Commission participate in meetings organised by either RHC-ETIP or ESTTP. I regard this as a very positive development. Still, I have not seen significant changes to the Commission’s funding policy in relation to RHC/ESTTP suggestions. We will therefore try to be more effective, by identifying synergies between RHC/ESTTP needs and EC Research & Innovation policies.
solarthermalworld.org: As for solar thermal, what kind of prospects do you think are on the horizon?
Calderoni: What’s very encouraging is that many start-ups in several countries manufacture or deliver systems equipped with concentrating or high-efficiency collectors. This will allow us to realise the full potential of promising technologies such as process heat and district heating.
solarthermalworld.org: What is your opinion on ‘wild electrification’ and the role of RHC?
Calderoni: The electrification of final energy use will continue anyway and we, as experts on RHC, can only try to slow down this trend. But I think there is a limit to electrification because of the cost-competitiveness of renewable heat and grid load. If RHC technologies remain competitive regarding cost and reliability, there will always be a market for them.
Rather than fighting, businesses producing heat and electricity should look for potential synergies: To give an example, RHC needs storage capacity and that could be considered an asset by operators of power-to-heat facilities.
Interview by Riccardo Battisti, a solar thermal consultant and market researcher working at Ambiente Italia (Rome, Italy).
Websites of organisations mentioned in this article:
STTP: http://www.rhc-platform.org/structure/solar-thermal-technology-panel/
R2M Solution: http://r2msolution.com/
RHC: http://www.rhc-platform.org/