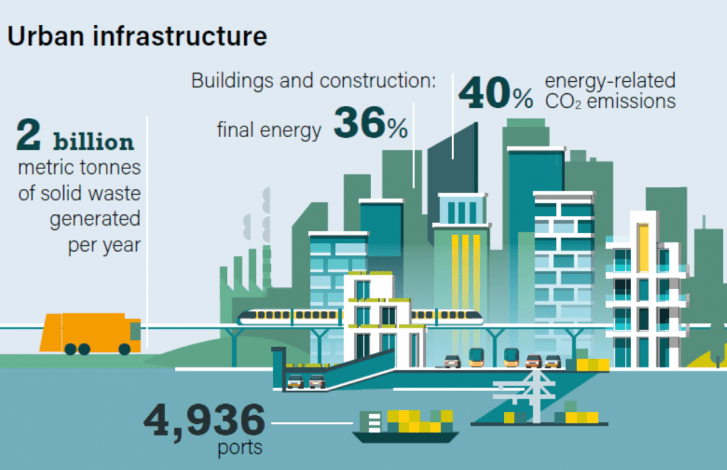 The first edition of the Renewables in Cities Global Status Report was published by REN21, France, at the end of 2019. In all, 380 people, mostly volunteers, contributed to this report, supplying data on the progress of the renewable energy transition across municipalities, including information on electric generation capacity, heating and cooling output and transport systems (click on the link at the end of this article to download the document as a PDF). Considering cities are home to 55 % of the world’s population, are responsible for 75 % of all CO2 emissions and account for two-thirds of global energy demand, they play a crucial role in accelerating the transition to a fully renewable energy system. REN21 will use the new report format to provide readers with a thorough analysis of urban policies as well as targets, levels of civic participation, finance opportunities and business models. Plans are to publish one edition a year, said Rana Adib, Executive Secretary at REN21.
Images: REN21
An advisory committee, including members of the most important city networks, some mayors and representatives of international organisations, supported the design of first report. A chapter titled Urban Policy Landscape explains four important policy approaches but also underlines that one single policy will not be enough to bring change to households and businesses. Instead, its authors recommend that city governments use a combination of approaches:
Air pollution policy is a key focus of this chapter. Solar thermal experts may be interested in table R3 on p. 118, as it shows which cities around the world have set renewable heating and cooling targets. The country which has the most cities, 17 to be exact, with ambitious plans for phasing out fossil fuel use in heating and cooling is Germany. Still, the table also includes other important cities in Europe, such as Berne (Switzerland), Copenhagen (Denmark), Granada (Spain), Helsinki (Finland), Manchester (UK) and Vienna (Austria). The number in the heating and cooling category, however, is still rather small compared to an estimated 10,000 cities with targets for either greenhouse gas emissions reduction or renewable electricity. 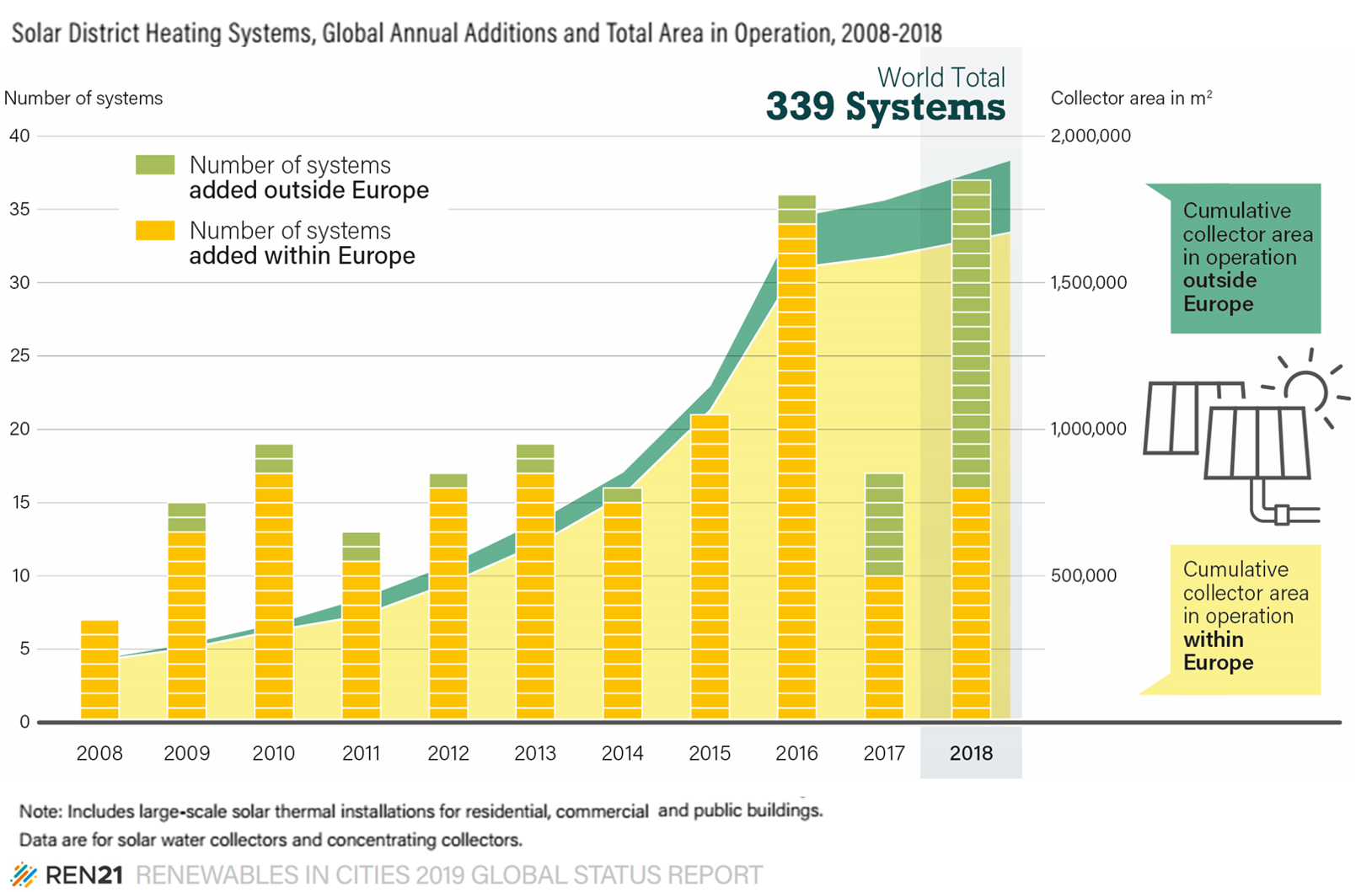 The chapter Urban Renewable Energy Markets highlights the important role of district heating as an effective and efficient means to provide affordable and emission-free heating and cooling. The solar district heating market is driven mainly by sales in Europe, where most of the 339 large solar thermal systems for buildings and communities are based (see the chart above). But the potential is huge: an estimated 6,000 district heating systems met about 12 % of heat demand throughout the EU in 2019.
Plus, several large, privately held companies in Europe have announced they are aiming for a greater share of renewables in the district heating sector. One of them is French-based Engie, the operator of 350 district heating networks across the continent. In 2018, it announced plans to raise the share of renewable energy sources in its urban district heating grids in Europe to a minimum of 50 %. And in 2019, Swedish-based Vattenfall entered into partnership with the Dutch capital of Amsterdam, with the aim of investing a total of EUR 400 million to support the transition of the city’s heat network to a 100 % clean energy system by 2040.
More information:
https://www.ren21.net/renewables-in-cities-2019-gsr/
News
France
Europe
Netherlands
Sweden
energy transition
cities
European Copper Institute
Engie
Vattenfall
REN21